What is a Class B fire?

Fire class is a term used to denote the type of fire in relation to the combustion material which has ignited. A Class B fire is described as flammable liquids & gases such as Gasoline, Diesel, Paint, Kerosene, Adhesives etc. 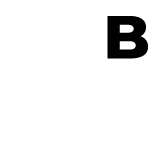 When testing an extinguisher against a class B fire, there are 10 different sizes of fire that can be attempted. These different difficulty levels are set up to distinguish what size of fire the extinguisher can handle. These difficulty levels are as follows; 13B, 21B, 34B, 55B, 70B, 89B, 113B, 144B, 183B, and 233B. The number of the fire test is the total amount of litres in the fuel tray, so a 13B fire is 13 litres, whilst a 233B is 233 litres.

A class B test will consist of varying sizes of trays and the amount liquid containing the tray is split in two parts, two parts heptane to every one-part water. So, for example a fire rating of 21B would have 7 litres of water and 14 litres (7+14=21B) of heptane in a round tray.

The size of the tray increases as the fire rating increases, so a 233B fire will be carried out in a tray that has a diameter of 3 meters, whereas as 13B fire will be 0.72cm.

Once the water and heptane have been added the fire is lit and allowed to burn for 2 minutes, the fire fighter is then sent into the fire with a single extinguisher and allowed to extinguish the fire at their discretion. In order to pass the test, there must be no flames left in the entire structure at the end.

You are allowed 3 tests and the extinguisher must pass two of the three to be deemed successful for class B rating.