What is a Class A fire?

Fire class is a term used to denote the type of fire in relation to the combustion material which have ignited, a Class A Fire is described as combustible materials consisting of Paper, wood, fabric, textiles, plastics etc. 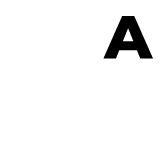 When testing an extinguisher against a class A fire, there are 9 different sizes of fire that can be attempted. These different difficulty levels are set up to distinguish what size of fire the extinguisher can handle. These difficulty levels are as follows; 3A, 5A, 8A, 13A, 21A, 27A, 34A, 43A, and 55A. The number of the fire test is times by 100mm, so a 3A fire is 300mm long, whilst a 55A is 5,500 mm long or 5.5 metres. The width of the fire is always 500mm and the height is always 546mm regardless of length.

Within the test, a wooden crib is constructed by stacking wooden beams into a cross-hatch pattern on top of each other – somewhat like Jenga but with 6cm gaps in-between the wood that allows the fire to ignite and spread. The Fire will be lit from underneath using fuel trays with a quantity of heptane inside, it is then lit and allowed to burn for 2 minutes and then the fuel trays are removed. It is then allowed to burn for a further 6 minutes making the burn time 8 minutes in total.

The fire fighter is then sent into the fire with a single extinguisher and allowed to extinguish the fire at their discretion. In order to pass the test, there must be no flames left in the entire structure at the end, and, for a further 3 minutes after no naked flames re-occur on the fire for re-ignition purposes.

You are allowed 3 tests and the extinguisher must pass two of the three to be deemed successful for class A rating.